Contact us
Chiudi
SAET is available to answer your questions. 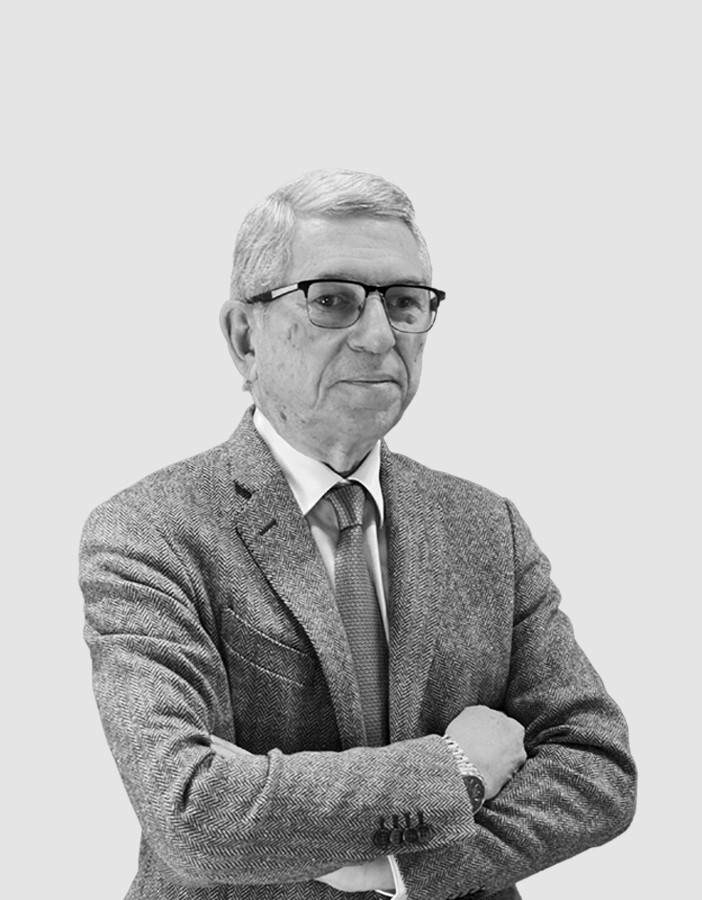 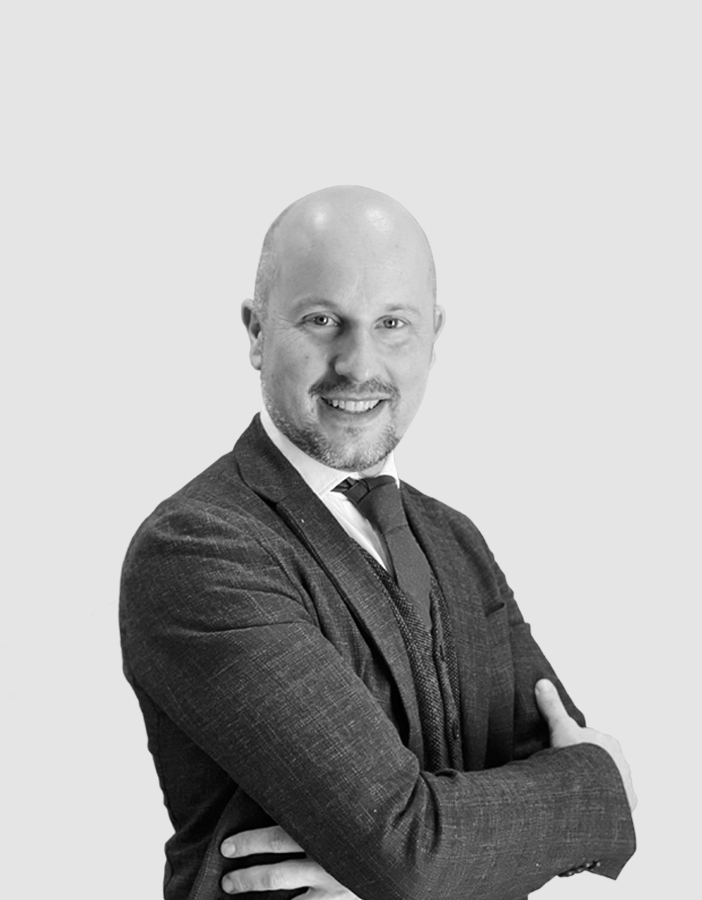 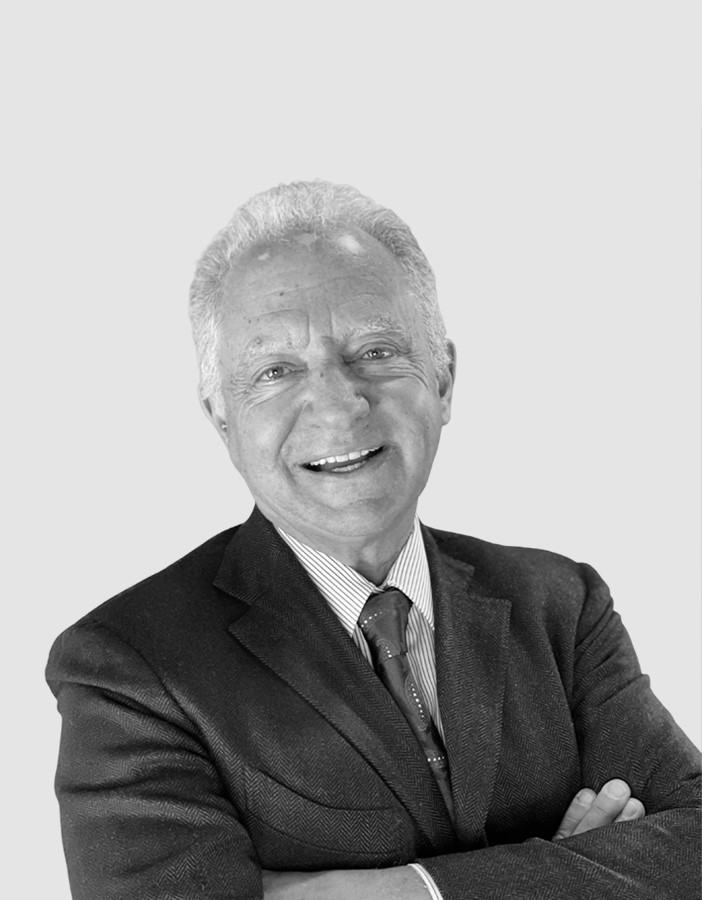 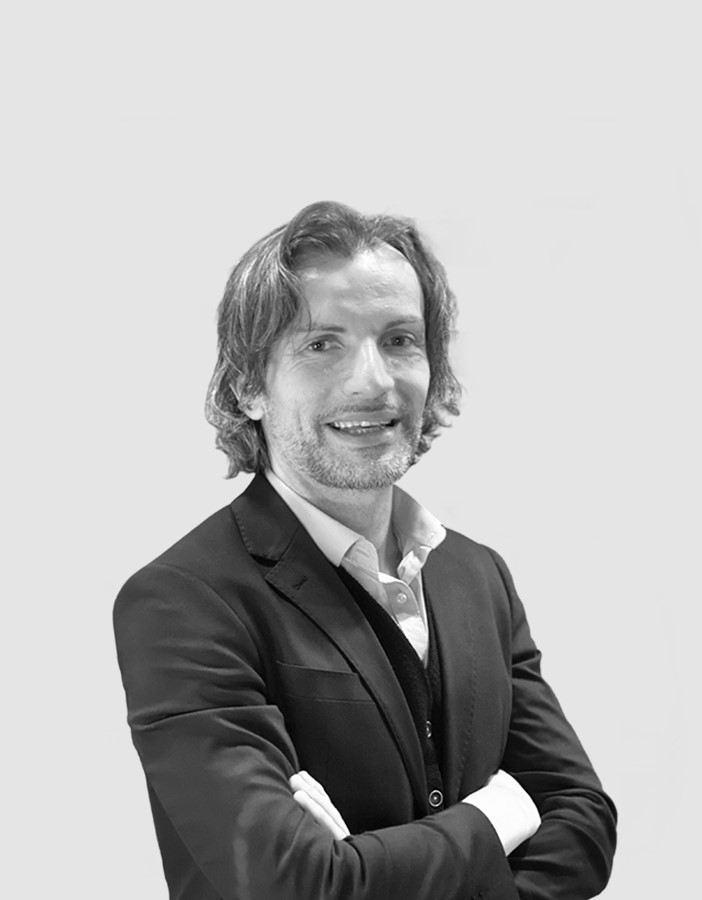 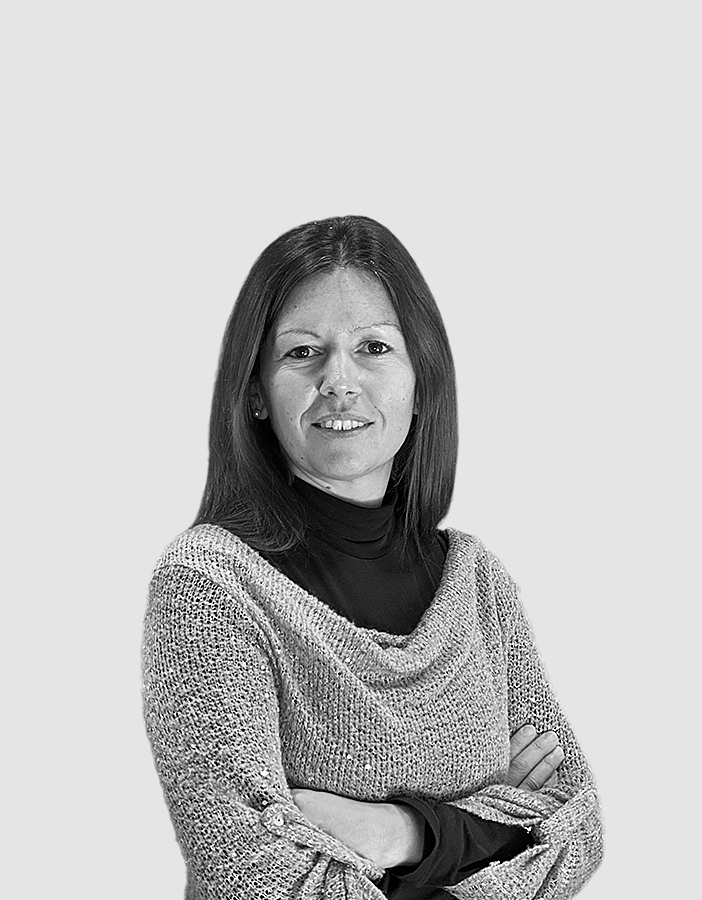 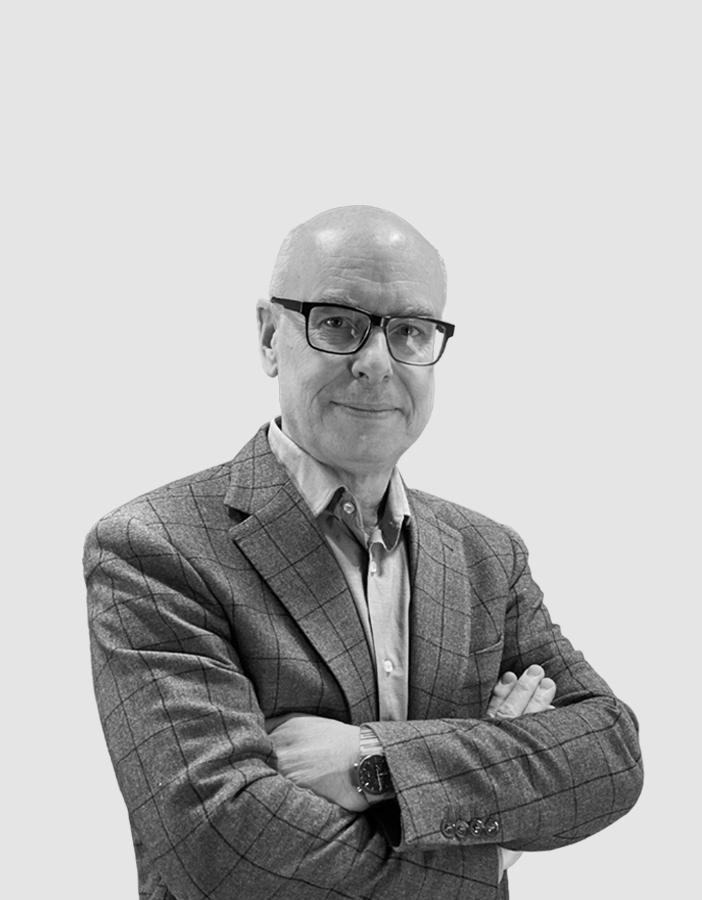 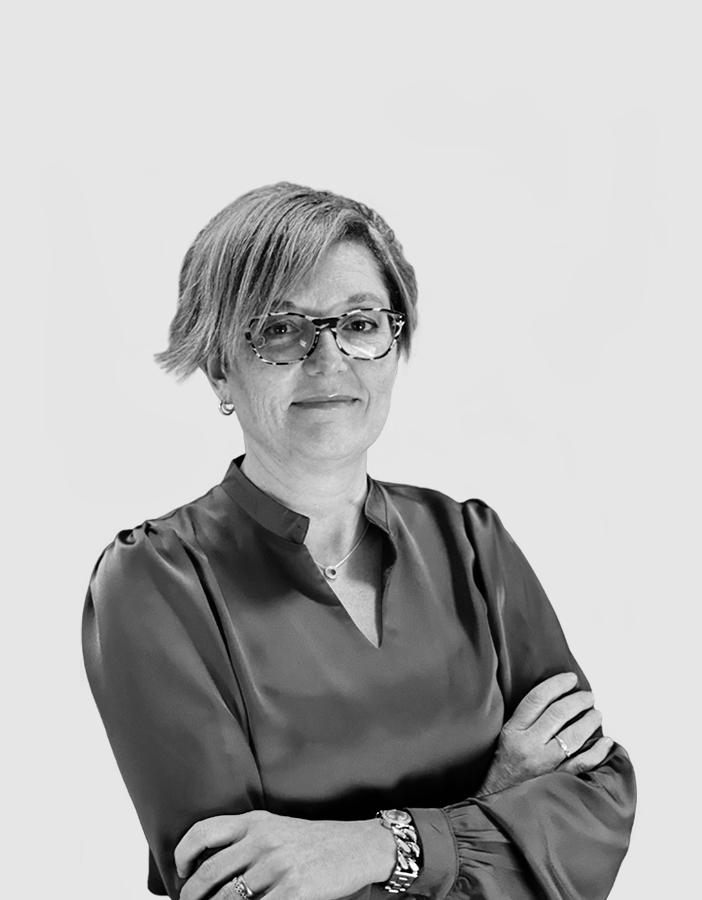 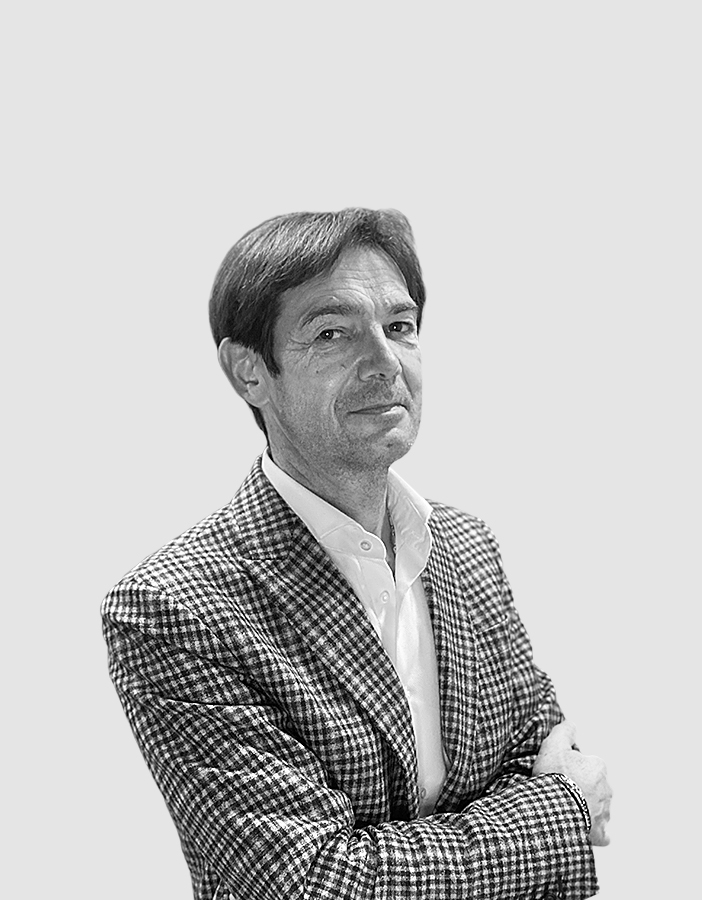 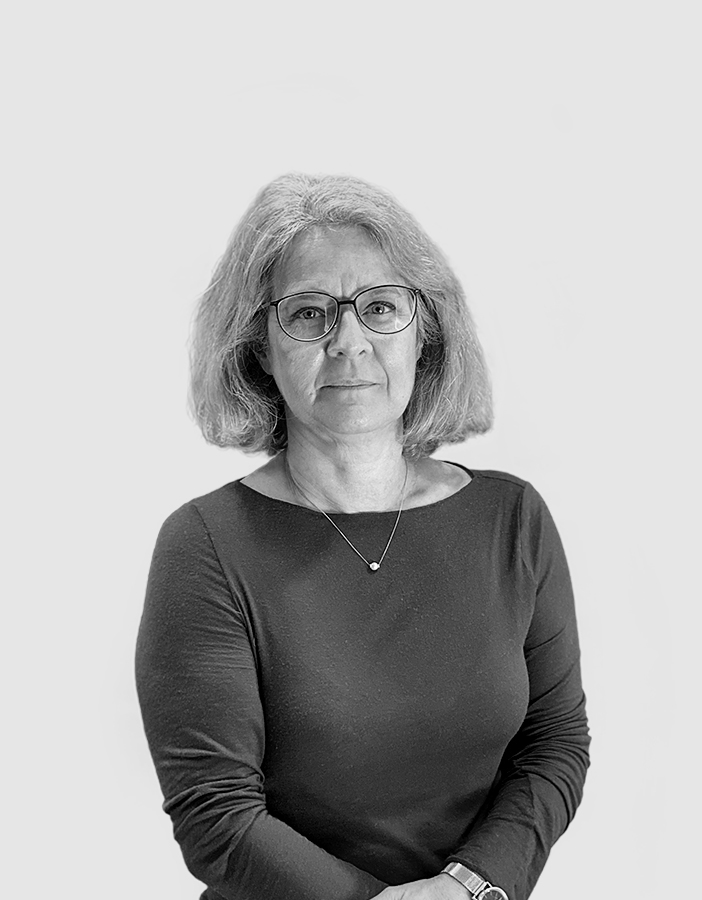 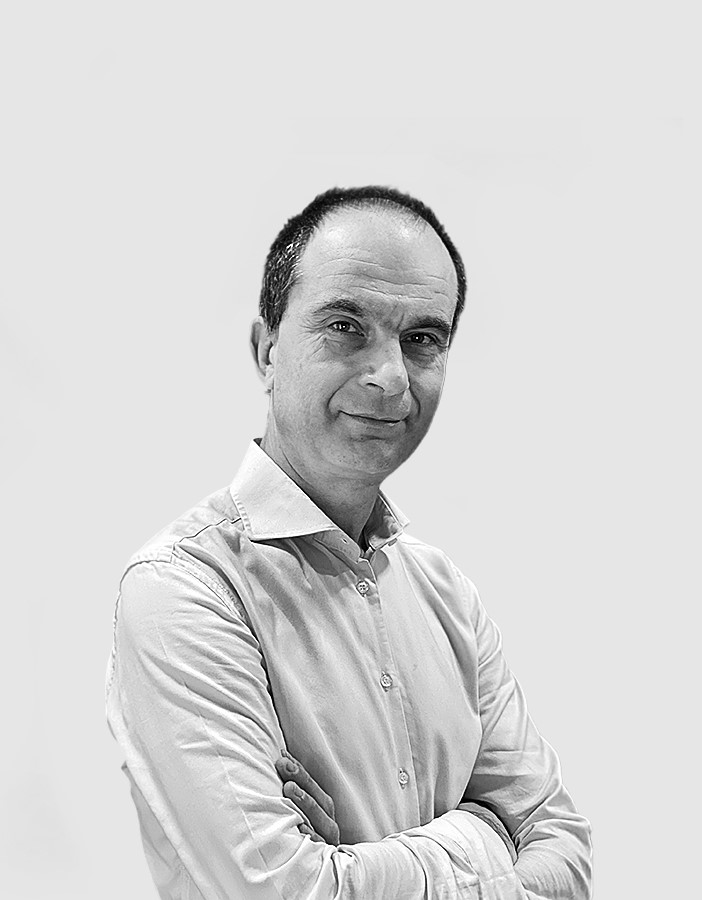 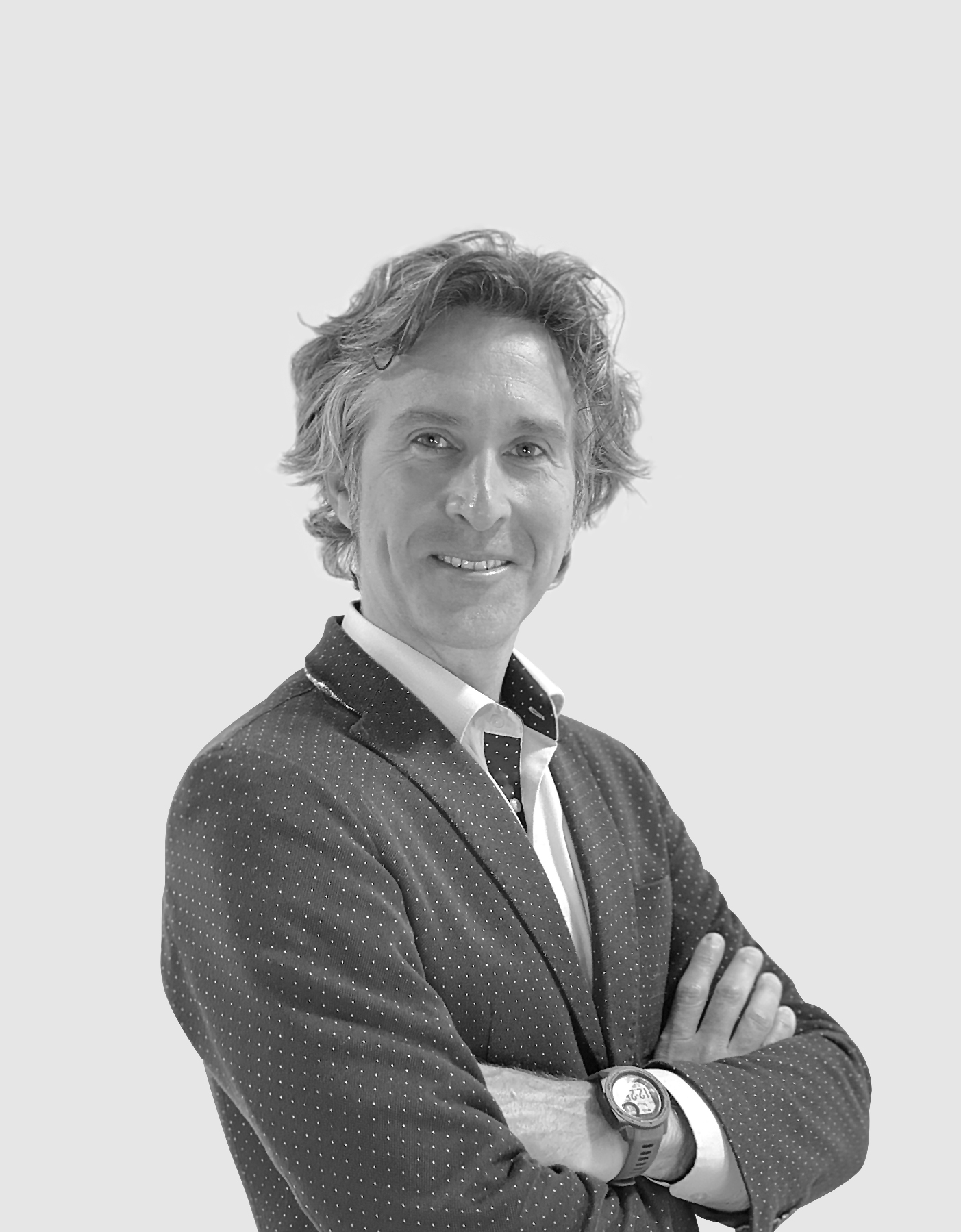 He graduated with top marks in electronic engineering in 1975 in Padua with an experimental thesis on the use of minicomputers for process control. After about two years of academic research, he joined SAET to develop industrial automation projects. He first developed a real-time operating system and input/output interfaces for minicomputers for industrial control, and then a complete HW and SW programmable logic system (PLC), which was used to build important automation plants for the primary steel industry in Italy and abroad.

After becoming the company’s technical manager including for the traditional electromechanical division, he developed with ENEL the level regulation systems for hydroelectric plants and the first relay logic systems for power stations. He then became responsible for the development of commercial activities until he was appointed general manager at the end of the 1980s, when SAET was acquired by the Techint group.

In 1992 he took part in the management buyout operation in which SAET left the Techint group, and became the company’s largest shareholder and CEO.

After the company was integrated into the Falck Renewables Next Solutions division, he was confirmed as CEO, contributing to the growth and diversification of the company’s activities.

After completing his studies in electrical engineering and automation, he began his career as a designer of electro-instrumental systems in a company operating in the industrial plant engineering sector, eventually becoming its technical and commercial manager.

From 2005 to 2010 he also held the role of Director for the Romanian branch, as well as the role of Special Proxy for various companies of the same group until 2013.

In 2014 he joined Elettromeccanica Euganea, a subsidiary of SAET, as Operations Director, dealing with expansion into new markets and the search for customers and applications, reorganising part of the activities.

Since 2015 he has been Account Manager at SAET, and following the integration of the company into the Falck Renewables Next Solutions division he took on the role of Commercial & Marketing Manager, with the task of developing the new business units range with a commercial and strategic marketing plan.

He has been a member of the board of directors of ANIE Energia since 2008 and is now Head of the High Voltage Stations and Storage Systems units.

Antonio graduated cum laude in Electrotechnical Engineering from the University of Padua. After a short university collaboration, he joined Passoni & Villa in Milan in a technical role and contributed to the creation of a business unit dedicated to high voltage test equipment, becoming an expert in the sector, and then BU manager. He also obtained a Master’s degree in Economics and Business Organisation in 1987 from SDA Bocconi in Milan. Since 1990, he has been working for STAR AUTOMATION (a Japanese robot group) as sales manager for Italy and Europe. From the outset, he was responsible for a commercial development network of agents in Italy and distributors in Europe, and created a branch in the UK. He has been at SAET since 2000, and as Sales Manager he has led the process of turning SAET from a switchgear manufacturer into an EPC of electrical protection systems, then of turnkey HV stations, and finally of Energy Storage Systems, securing increasingly important, complex and interdisciplinary contracts in Italy and in several foreign countries. Since 2005 he has been a minority shareholder at SAET and on the Board of Directors; he then participated in the sale of the majority shareholding to Falck Renewables. Since the company joined the Group in 2021, he has been Corporate Development & Innovation Director with the task of developing and diversifying SAET’s EPC business, which is part of Falck Renewables – Next Solutions.

Enrico has a degree in Electrical Engineering. He joined SAET in 2001 covering different roles, including design in the technical department, and the functional testing of plants.

Subsequently, he has been involved in project management and interfacing with customers to identify the most efficient technical solutions to problems.

For the last 10 years, he has been responsible for organising internal staff for the contractual and technical management of projects, coordinating internal and external staff activities with production.

Finally, from 2021, following the integration of SAET into the Falck Renewables – Next Solutions division, he has held the role of Grid Solutions Manager for the development of the tendering and operational management of projects.

Barbara holds a Master’s Degree in Mechanical Engineering and a PhD in Mechanical Design from the University of Padua. Throughout her thesis and PhD she had the opportunity to collaborate both with leading Italian industries and with international research bodies.

In 2010 she began her career in the corporate sector as a System Engineer at Whirlpool’s Varese headquarters, a multinational leader in the household appliances sector.

Her transition to the energy sector took place in 2012 when she joined SAET as Business Development, following the establishment and development of the company’s Energy Storage division.

From 2021, following the integration of SAET into the Falck Renewables – Next Solutions division, she has held the role of Energy Storage Manager for the development of the tendering and operational management of projects.

Marco has a degree in Electronic Engineering from the University of Padua.

After joining SAET in 1988, he has acquired organisational and coordination skills for the management of internal and external resources, and for the project management of process automation systems in the industrial field (thermal power stations, steelworks, cement factories, chemicals). He is in charge of project planning development and follow-up (activities, outputs, responsibilities, time and cost control), coordinating the project team in the execution of individual activities. He is the primary contact for clients for the management of scheduled activities up to final testing, for projects in Italy and abroad (Arabia, Egypt, Russia, Belgium, Mexico, Philippines).

He has held the role of technical office manager, being in charge of technical and commercial offers in the area of automation and storage systems with electrochemical batteries.

He currently coordinates Operation & Maintenance activities for HV/MV power stations and substations and electrical storage systems, drawing up technical and economic quotations based on customer specifications and handling financial negotiations until the order is completed. He also manages spare parts and after-sales service and support activities for all SAET business units.

Carla graduated from “P. Scalcerle” language-focused high school in Padua and enrolled in a Bachelor of Foreign Languages and Modern Literature. She later left it for a more stimulating job offer and to try her hand at working as an importer for SAIMA AVANDERO SpA, an international shipping company in Vicenza.

She then worked at PEI SpA in Sarmeola di Rubano (PD), a manufacturer of robotic spot welders; she started out in the International Sales office as a maternity replacement and then found her fit in the Purchasing department.

In 1991, Carla was hired on a permanent basis by SAET SpA in the Purchasing Department, where she honed her skills as a Buyer. However, she did not neglect to combine her practical knowledge with theoretical knowledge, taking part in several professional development courses organised by ADACI (Italian Association of Purchasing and Supply Management) over the years.

For her, these years represented a continuous action-learning experience, which determined her personal and professional growth.

Following the integration of the company into the Falck Renewables Next Solutions division, she was reappointed as Procurement and General Services lead.

Denis graduated in Electrotechnical Engineering from the University of Padua in 1986. From 1986 to 1987 he worked as a designer in an electrical systems company in Veneto. From 1987 to 1989 he was employed in the technical department as SAET’s primary contact.

He then worked as electrical designer at MGM, a Veneto company manufacturing large harbour cranes for container handling.

In the early 1990s he returned to SAET, first as head of the technical department, and then as operations manager for all construction activities.

Since 2010 he has also been SAET’s legal representative in charge of safety and environment.

Following the integration of the company into Falck Renewables – Next Solutions, his role as Operation Manager was renewed. He is in charge of the technical and physical development of the projects acquired, managing external construction sites and coordinating subcontractors in compliance with legal regulations.

Chiara graduated in Electronic Engineering with a focus on Computer Science and Systems Engineering at the University of Padua.

After graduating, she attended the professional course “Management for the Environment” at BIC Veneto (PD), financed by the European Social Fund. After a brief experience with a scholarship on teleworking and a short collaboration for a study of Safety at Work, she joined SAET in 1997, dealing with the development and certification of the ISO 9001 Quality System and supervising the “Autoqual” ESSI PIE 24143 project, funded by the EEC in 1997-1998, as Project Manager.

From 2000 to 2012 she worked as Project Manager for a number of Logistics contracts in the postal sector, and then overseeing the spare parts service.

Since 2010 she has held the position of RSPP (QHSE Manager) at SAET according to Legislative Decree 81/08.

In 2020 she implemented and achieved certification for the 50001 Energy Management System, the SA8000 Social Accountability System, and the 37001 Anti-Corruption System, and remains in charge of the related company systems.

At SAET she also oversees the SOA certification (since 2006), the filing of Non-Disclosure Agreements (since 2010), the Company Code of Ethics (since 2011) and the GDPR Privacy Management (since 2018).

Renato graduated in Electronic Engineering from the University of Padua in 1994 with a thesis on the control of a brushless motor with extended Kalman filter.

After joining SAET in 1996, he worked in the logistics automation sector, creating first-level PLC and Scada control systems and later second-level control systems with object-oriented languages and relational databases. From the start, he was responsible for the company intranet, evolving it to its current configuration, adapting the computer systems to new hardware and software technologies. He continued for some time to develop control systems for thermal power stations, steelworks, cement works, and control systems for power and storage stations. In the meantime he gained decision-making autonomy and developed his organisational skills and expertise in the management of internal and external human resources and project management, coordinating the project team for the construction of process automation systems in the industrial sector. With the development of software and control systems, he provides support in the definition of hardware and software architectures according to customer specifications, from the initial quotation phase up to the commissioning of plants. After sales, it also coordinates the on-call and assistance service for power stations where Operation & Maintenance contracts are active.

Since 2021, when the company joined Falck Renewables – Next Solutions, he has continued to lead the company network and software team.

Alessandro holds the degree in Electrical Engineering from the University of Padua.

In 2006 he began his professional career in SAET dealing with the configuration and subsequent commissioning of electrical protections for medium and high voltage systems of power plants and industrial plants.

Subsequently he held the role of Project Engineer and then of Project Manager in projects concerning the supply of high and medium voltage electrical stations.

From 2012 he began to deal mainly with the design of Energy Storage systems at the same time as the development of the specific sector in SAET.

From 2021, following the integration of SAET into the Falck Renewables – Next Solutions division, he assumes the role of head of the technical department for the technical development of the contracts acquired.